If hiking in the mountains sounds a bit daunting to the less outdoorsy folks in your group, Suttle Lake Loop might just be the answer. This easy-access loop is the perfect place to get hikers of all ages out to experience the splendor of the great outdoors.

Located in Western Jefferson County just five miles east of the Santiam Pass and about 13 miles west of Sisters on Highway 20/22, Suttle Lake is a quick drive from Sisters for a short adventure but there’s plenty to do to make a full day of it. Fishing , boating, swimming, mountain biking, camping, and picnicing are all great ways to wile away the day at Suttle Lake.

Suttle Lake was formed by glaciers some 25,000 years ago and sits at an elevation of 3,438 feet. This picturesque lake is 1.4 miles long and .4 miles wide and is 253 acres in size, with an average depth of 44’ and a maximum depth of 75’.Although most of the lake water comes from underground, Link Creek is also an inflow and is the only year round tributary to the lake, coming from Blue Lake, just to the west. The only outflow from Suttle Lake is Lake Creek at the east end of the lake. Lake Creek flows for about 5 miles, then runs into the Metolius River in Camp Sherman.

The fishing is top notch with abundant fish including kokanee salmon, rainbow & brown trout and mountain whitefish. Suttle Lake is one of only three lakes in the Pacific Northwest with native kokanee (landlocked salmon). And the Department of Fish & Wildlife stocks the lake with rainbow trout to maintain the balance of fish populations.

If you’re lucky, you might see otters playing at the east end of the lake at or near the Lake Creek outflow. It’s also an excellent place to observe waterfowl, songbirds and birds of prey, including osprey and bald eagles.

The Suttle Lake Loop trail is an easy, mostly level, well-maintained 3.6 mile loop, at the waters edge that goes all the way around the lake. It is accessible May through September and, depending on weather & snowfall, may be accessible all year. Mountain bikes and dogs on leashes are also allowed on this trail. Hike time approximately 1.5 hours.

Fallen trees may occasionally be encountered, requiring stepping over or possibly going under. While beautiful any time of year, it is especially pretty in the fall when the vine maples are aglow in brilliant oranges, reds and yellows.

If you’re after mountain views, look for Mt. Washington to the SW and Black Butte to the SE of the lake.

Motorized and non-motorized boats are allowed on the lake. Windsurfing, fishing, water skiing, canoeing & kayaking are all permitted here.

The lake was originally named Butte Lake in 1859 by two early explorers, Andrew Wiley and John Gray, while seeking a wagon route over the Cascades. Not long after, in 1866, a pioneer named John Settle, stumbled upon the lake while on a hunting trip. Not knowing of its existing name, he called it Settle. Suttle has since become the geographic name for the lake, most likely due to a spelling error.

In 1925 Suttle Lake Lodge was built to accommodate a growing number of visitors to the lake in the summers. The second was built in 1931 and a third in 1941. All three lodges were destroyed by fire. In 1947 Pioneer Lodge was built. It was located at the east end of the lake, south of Lake Creek outlet. The lodge included a large dining hall, dormitory space, and meeting rooms. The 1941 lodge was renovated in 1974, but before it was completed and reopened a fire burned it to the ground[EJ1] .

Drive approximately 13 miles west of Sisters on Highway 20/22. Turn left at the Suttle Lake Resort Marina sign and follow signs to the lake. 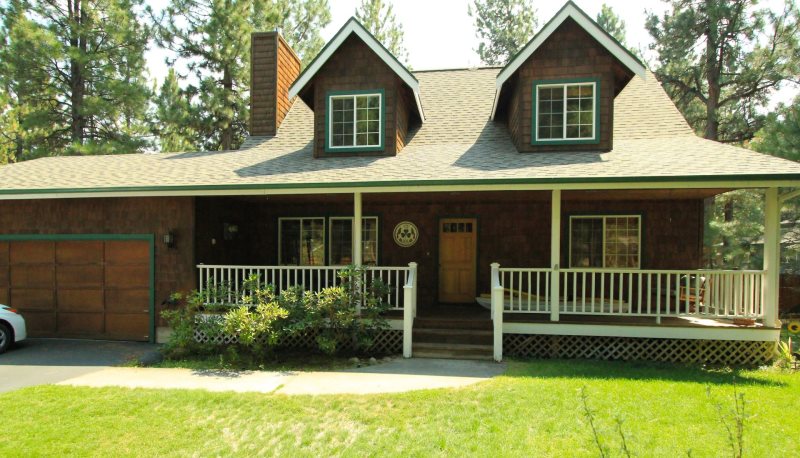 Enjoy this lovely 3 bedroom home, sleeps 6-8, located in the Tollgate community with pool, minutes from downtown Sisters Beautiful spacious home in a great location for your family vacation, pool access at the Tollgate seasonal pool, biking paths all around the community, a tennis court, basketball court and many acres of National Forest land […]

Get the best of Sisters, Oregon delivered right to your inbox!